I’m finally far enough away from the event to try to make sense of my experience of the 48th Museum Computer Network conference in Minneapolis. The tl:dr version is “Holy shit! What a great time!” (pardon the language). It was an exhausting week, full of so many deeply thoughtful presentations and smart smart people that I felt a bit like a hamster on a wheel, trying to make sure I got to at least say “Hello!” to all the people I wanted to talk to or meet. I lost my voice for almost a week afterwards. 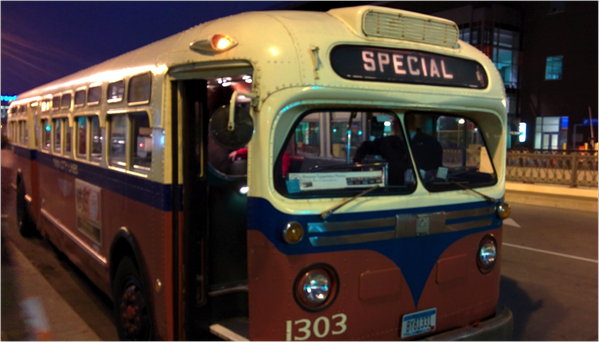 I’ve never experienced a city so welcoming as the Twin Cities. When we were visiting in March trying to sort of out the conference program, we were continually impressed with the collegial generosity of our peers. People bent over backwards to help us, to the extent that we had more offers for venues for evening events than we had nights available to have events. Things that were usually issues, like transport, turned into unexpected gifts like the Minnesota Transportation Museum sending us antique busses from their collection to shuttle attendees back and forth to our evening events. The afternoon workshop that Bruce Wyman, Kate Haley-Goldman, and I ran at Science Museum of Minnesota, was scheduled to conclude with a roundtable discussion with SMM staff about their experience design process. Instead of offering us a couple of volunteers, they turned out their offices and brought over a dozen senior staff to the table to share their philosophy and hear what we had to say about our experiences in the galleries. Way to stay classy, SMM. MIA staff volunteered in large numbers to help ensure the conference ran smoothly. In addition to hosting the major evening event, MIA’s director, Kaywin Feldman, was part of two sessions to discuss Agile leadership and 21st century business models for museums. The Twin Cities were engaged!

The Importance of Culture

Ask anyone who’s been to MCN what makes it different than other conferences, and I’d wager that you’ll get answers that have a lot do with the community being friendly and welcoming. That is because of the people who attend, but it’s also the product of a lot of thought and work on the part of MCN. Culture is important and MCN does a great job of both signaling what their culture is, and making it easy to take part. This year, a new Friendly Space policy was announced that covered the whole conference, and agreeing to abide by it was part of the registration process. The conference organizers and MCN Board were all briefed on how to respond if something came to their attention. This wasn’t in response to an unpleasant event, but a proactive step, and a first in the museum sector, to my knowledge. And it shows a level of care and attention that several people commented on to me during the conference. People like to feel like they’re being looked after.

I won’t go into too many details about Ignite, other than to say it ruled, because you can watch them yourselves. Here’s the list. There is no better way to kick off a conference than a high-energy, rapid-fire event like Ignite. Kate Haley Goldman described it as “culture norming” and I think it’s an apt description. If you’re a first timer trying to understand what you’ve gotten yourself into by coming to MCN, then Ignite will show you. MCN’s vision of itself as “a welcoming and candid community of professionals passionate about empowering museums to address challenges and embrace opportunities within the evolving digital landscape” is really evident during the Ignite talks. Go watch.

A part of that passion was a strong desire to address social justice issues. There seemed to be a real undercurrent of bravery at the conference. People were putting themselves out there in necessary, uncomfortable ways. The list of people asking hard questions and speaking their truths to power included (but is by no means limited to) Nikhil Trivedi’s and Sina Bahram’s Ignite talks, Adrianne Russell and Porchia Moore’s session on Making the Invisible Visible: Museums & Cultural Agency, and Liz Filardi’s, Brinker Ferguson’s, and Emily Lyle-Painter’s homegrown #MuseWomen mentorship program.  These acts took real guts and their willingness to call out their community (us) to do more and do it better deserves both our praise and action. Respect.

I’m not usually a fan of conference keynotes, and had in fact spoken out in favor of ditching the keynote at MCN 2016, only the day before Liz Ogbu got up to talk to us about her work as an architect and designer whose career is built around creating social impact through design. Again, you can watch it for yourselves, so I won’t bore you with details, other than a few tidbits. Her discussion of empathy, how it differs from sympathy, and how vital it is to any kind of work with a social dimension really struck home to me. Her ability to couple deep, thoughtful deliberate design with real, specific outcomes (meaning she not only talks about stuff, but actually does stuff and makes things that people can use) was really inspiring. Check it out. It’s an hour you won’t regret. 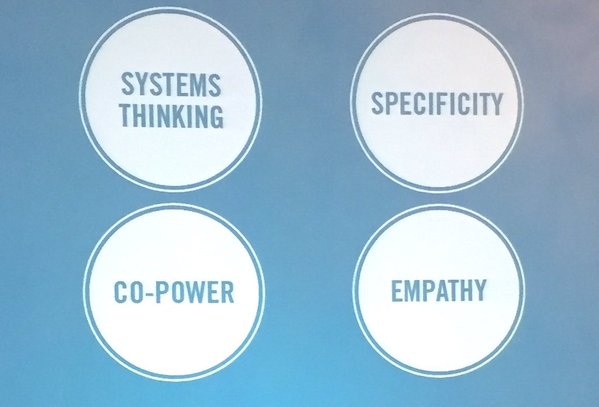 I spent a lot of the conference proper talking about buzzwords. My Ignite talk, available here, was all about the word “digital” and all the ways it gets (mis)used. The one session I presented at was an all-star roundup about buzzwords organized by Jennifer Foley of Cleveland Museum of Art, which included Mr. Jeff Inscho of the Warhol and me. We took on three big buzzwords; engagement, content, and digital, and how they are used and whether they might not be replaced in certain contexts. It was a raucous, energetic event where we broke into groups and took turns trying to define these three terms. The results can be found here for digital, content, and engagement. Good times…

Find me now on Mastodon